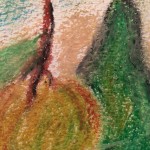 Anyone doing research will tell you that, sometimes, reports ‘grow arms and legs’.  This unforeseen scoping up can be difficult to deal with, but can also be very worthwhile.  This was the case with the new Drew Wylie report on film exhibition in Scotland, published today.  The degree of cooperation and support from all of Scotland’s film organisations meant that it was possible to combine the knowledge of each constituent part and assemble a combined database of exhibitors.  This provided a platform for a major survey of all types of exhibitor, from a rural film society, to a mobile operator, to independents, to multi-screens.  The data that came back was extremely rich, but also complex as each sub-sector has a very different approach to how they record their activity.  This resulted in an extensive round of work with our commissioner, Creative Scotland, as we disassembled the various ‘apples and pears’ of data.  We think that the results present a holistic picture of a complicated sector that will support joined up investment and development for some time to come.