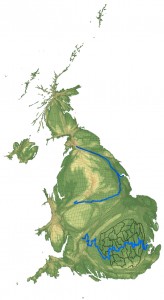 Cultural value in very rural areas is seen differently.  It becomes less associated with the people that live there, and more with the place – a carry over from romantic notions of landscape and the countryside.  It is too often seen as less about development and moving forward, and more about preserving ways of life – a visitor experience and reminder of what once was.

Cultural value can also be assessed by the institutional frame in terms of how much has trickled down from the urban cultural powerhouses. How many artists have been in residence, or what touring product has visited a particular area?  By positioning cultural value differently in remote and rural areas we run the risk of missing out on the potential benefits of digital development. Our assumptions that fast broadband and digital production techniques will empower non urban production and creative employment will come to nothing if we continue to look at rural culture through a different lens.

Permits for the possible

March 3rd, 2013 | Posted by admin in creative industries | cultural diplomacy | cultural policy | Europe - (Comments Off on Permits for the possible) 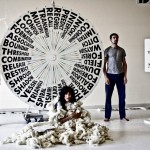 Bismarck’s homily about politics being the art of the possible popped up in a presentation last week at roughly the same time that John Kerry praised Germany’s ‘exemplary leadership’ in Europe.  Contrast this with the general despair at  the lack of political leadership amongst European colleagues.

To be sure we had Jimmy Deenihan, Ireland’s Minister for things cultural making a commitment to the Creative Europe programme at a Bozars event to mark the Irish presidency of the EU.  But the feeling was more of a European Union that has been rendered more impotent to articulate the possible and to do something about it.

The optimism around integrated cultural and creative industries investment stimulating jobs and opportunities risks being overtaken by a ‘less of the same’ fatalism.  More than ever we need to show how both the creative economy and cultural co-operation can set the pace for economic recovery and political harmony.

February 10th, 2013 | Posted by admin in arts & science | cultural policy - (Comments Off on The experimental expert) 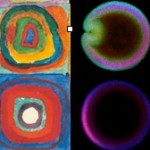 We had to wait until the concluding remarks of Prof. Melissa Leach to hear the word ‘culture’ at the STEPS Symposium on ‘expertise, uncertainty and the global politics of scientific advice’.  While the tenor of the debate was rooted in concerns as to how science works as part of political economy and society as a whole, the question of how experts deal with this was left underdeveloped.  Those of us working in the CCI know that science, creativity and culture are profoundly intertwined for pretty much everybody.  There is a growing interest in trans-disciplinary collaboration coming from the worlds of both culture and ‘hard’ science.  The absence of experts to support more integrated and holistic research and practice is laid at the door of the science/humanities split forced upon our children, but in reality we need to do something now and this means prioritising trans-disciplinary expertise.

January 27th, 2013 | Posted by admin in creative industries | cultural policy - (Comments Off on There Be Monsters) 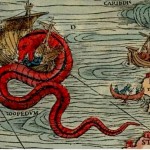 Early maps let us know to expect monsters once beyond charted territory.  Two recent discussions prompted some reflection on the challenges of responding to the shifting shape of regional cultural administration in England. The first concerned the role of the architectural agency and past regional alignments and marking of territory. The assembled professionals, academics, researchers and practitioners were clearly in some difficulty without the established regional framing of the scope of their activity.  Then came the guesswork around future administrative boundaries when positioning for bids to the BFI UK Audience Network.  So while regional focus slides away in the face of less money and more ‘London-centrism’ we are in the time of alliances.  Our abilities to co-operate are more important than ever. 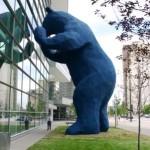 Lawrence Argent’s Blue Bear could be looking for sustenance or for the answer to what the term cultural wellbeing means in the new National Planning Policy Framework.  How do we translate the good work of advocates like the Culture in Planning Alliance (CiPA) into planning process and investment  for cultural infrastructure and buildings through the new Community Infrastructure Levy?  The key, according to Ian Dove QC, is to develop an evidence based public art strategy that planners can refer to.  The trick will be to ensure that the method that underpins that work  has integrity, imagination and quality.  Plenty of challenges given that the new framework is already being used by developers to argue against S106 agreements for public art and community engagement doesn’t come cheap.