Our court shall be a little Academe,
Still and contemplative in living art.

A number of current projects involve liaison with Universities in the hope of shaping common creative developmental ground with arts organisations and creative enterprises.  A tour round the University of the West of Scotland (UWS) new Ayr Campus last week with Prof. Malcolm Foley revealed a simply astonishing array of television, radio and music facilities.  But how to connect this up with the local creative economy, and how to connect students with an industry whose heart lies so far away?

These challenges are hardly new.  Years ago, when I worked at the Laban Centre (in a role that, in retrospect, was mainly restoring students after choreography class annihilation), I was constantly struck by the mismatch between supply and demand in the dance job market.  Later collaborations with Further Education in regeneration initiatives led to some anxiety about the overall quality of educational experience of young students attracted to, say, music and technology courses.  Campus university arts facilities like Warwick have to work hard if they are to connect to their local community. 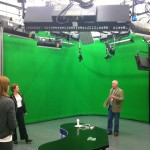 It is reassuring that connecting students into both industry and society is now heading up the academic agenda.  I was really impressed by Dani Salvadori’s presentation of Central St Martins graduate programme with local commissioners at last year’s Creative Entrepreneurship conference in Tallinn.  This year both Northampton University’s ambitions for social enterprise driven student opportunities and Dundee’s creative campus vision are but two examples of initiatives that have great potential to provide a platform for education and learning collaboration that delivers growth and jobs for students and established professionals. 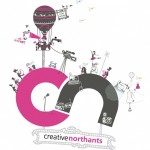 Drew Wylie’s recent review of the cultural and creative industries in Northamptonshire really demonstrated two of the most important current strategic facts of life.  First, it is time that we focus our strategic approach and advocacy on a cultural and creative industries sector that is more important to the UK than it is to almost any other economy in the world.  Think together and act together, whether you run a library service, direct a theatre, design cars, or publish magazines.

Second, switch the balance of review and strategy from evidence to action.  This means making sure you have the evidence to back up your approach, but don’t parade it for its own sake.  Focus on what you want to do and how you intend to do it.

The review seems to have successfully implemented this approach and is already swinging attention and investment in the direction of the sector. Click to see the executive summary:

Are creativity and internationalism interdependent?  Does culture wither on the vine, thistle or Egyptian lotus without intercultural refreshment, and can positive links between nations be sustained without socio-cultural empathy and appreciation?

We have national, we have global and we have trading blocks.  Well that’s how it seems to look to the Government officials at the recent ‘Back to the Future’ event at Coin Street, discussing civil society engagement in the EU Structural Funds.  Here we had a stark contrast between the Scottish and Welsh approach of using European investment to empower communities to the English ‘money out, money in’ command and control approach.

The mediation of international relations by national governments also surfaced as an issue at the Creative Scotland International Think Tank in Edinburgh.  Almost all participants (mostly from Scotland and Nordic countries) were signed up to the importance of intercultural dialogue.  Yet Scottish culture is often simply folded into negative UK responses to European cultural investment.   Bongiwe Ruth Mautla (skyping from South Africa) talked of the importance of the artist in expressing the relationship of people to the land.  Views that resonate across rural Scotland.

Dialogue across national boundaries is a tangible cultural activity.  Let’s hope that Creative Scotland manage to keep up the momentum towards a more outward looking and international culture that, in time, will energise both creative output and cultural economy. 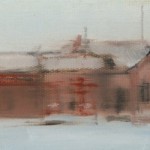 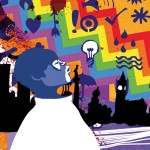 Trying to understand the impact of digital platforms on the current and future lives of artists (in the widest possible sense of the term) has been a feature of recent projects.   Arts schools, opera companies, jewellery designers, film producers, musicians and publishers are all changed as result of this technology.   There has also been some ideological adjustment.  Cultural heritage is now intellectual property.  Both impresario and artist are now entrepreneur.  So what does this mean for the stuff of our cultural lives?  Is a sense of authenticity irrelevant if the digitised experience can be more easily supplied and does culture need patronage if the digital version can be monetised?

A new project with the Council of Europe will be looking at both cultural participation and access to culture, and should provide some insights into our current cultural cosmology.  Engaging in cultural life is enshrined as a basic human right.  While there are limits to what extent access to a screen constitutes a cultural ‘taking part‘ there is also an exciting mash up of web based cultural consumption and production.   We need cultural policy that frames our digital lives with cultural values that read against those we apply to the gallery and concert hall.

It’s time to add your voice for the need for investment in the cultural and creative industries sector in Europe.  Many of us have spent years helping to accumulate the evidence base for the value of culture and creativity, but to little effect as so many in the higher echelons of political, public and business life seem allergic to this kind of strategic investment for the future.  But here we have our colleagues in the European Union successfully plugging away at a major uplift that could, if it successfully negotiates the final hurdles, make a significant impact on employment opportunity for the young, sectoral growth and European competitiveness.   Budgetary growth of 37% to a €1.8bn. seven year programme from 2014 is just the kind of intervention that is needed.  Furthermore the bringing together of the Culture and MEDIA programmes will offer new opportunities for cross sectoral development and a co-ordinated response to the digital opportunity.  A new guarantee fund (€210m.) to be delivered by the European Investment Fund aims to lock in the banks to investment opportunity and to be SME friendly.

The UK could be a real barrier to this initiative and was one of only six countries to oppose the previous bid to raise the budget in this area. It is important that the UK sector makes its voice heard so that Government understands what there is to gain from backing this proposal.  The deadline for consultative responses is fast approaching (16th March).  The following link takes you to the site that explains how to respond and provides more information.
http://www.culture.gov.uk/news/news_stories/8719.aspx