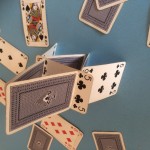 House of Cards is great TV, and a house of cards isn’t a bad metaphor for the current vulnerability of the commissioner of the original series, the BBC. It is an institution so complex and so central to our cultural life and industry that it is difficult to comprehend what is at risk and what future cultural innovation may be stillborn from the current political assault.  Frustratingly the debate is dominated by news and current affairs, the areas of domestic BBC output that are outshone by commercial and international competitors and by social media’s emancipation of news. Contrast this with the music radio output which is peerless and has both the quality and breadth to be important to almost everyone.
It is difficult to be dispassionate about the current review of BBC Governance, the DCMS consultation on the charter renewal, and the impending privatisation of BBC entertainment (and speculation of a Channel 4 sell off).  We have a strong instinct that a BBC commissioning for profit and not for the public good will kill off much of the imagination and innovation that has made it the most successful broadcaster in the world. We suspect that the centrality of the BBC to our cultural life, made concrete through the sheer volume of drama commissioning, its orchestras, or countrywide events programme and production, will be replaced with an austere public service.  The cultural sector should be the most vocal of combatants in this conflagration.  Make your views known to the BBC Trust at BBC Trust.  Contribute to the DCMS consultation at DCMS Charter Consultation.  This closes on the 8th October. 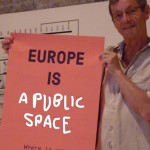 Why aren’t the UK’s cultural professionals paying more attention to issues around both intellectual property (IP) and the European Single Digital Market? I was really pleased to see that preparations for the recent No Boundaries event included a ‘think piece’ by Ian Hargreaves.  Headed ‘The creative economy and its enemies’, the paper traversed much of his work, including his UK Government commissioned report on IP and the digital economy. While his piece is couched in diplomatic terms his messages are clear and important, particularly concerning media panicking towards political control over social media and also the importance of the European single digital market. The UK public face on both is low key and conciliatory, but in reality is more sharply aligned with corporate and political interests. We are beholden to get our heads around these issues and his piece can be found here: http://nb2015.org/news/

If standard models can’t deal with the heterogeneous nature of Europe’s heritage offer and its context, can a more theoretical approach help?  For example the influence of Paolo Friere on the development of action research might be useful in understanding how all three of the principal actor groups can shape the future of participatory governance in cultural heritage.

April 1st, 2015 | Posted by admin in cultural policy | news - (Comments Off on politikboxing) 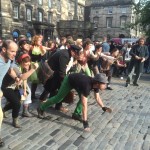 The Scottish Parliament’s Cross Party Group on Culture is a good example of the direct and discursive political engagement possible in a country that, as one attendee put it, is ‘just small enough, and just big enough’.  One of those platitudes that makes total sense when you live in it, and none at all if you don’t. The session was led by http://culturecounts.scot, who have, true to their name, been adding up the benefits of cultural investment as a pre-cursor to a pitch for a Scottish cultural policy.  Not some tick box strategy but a genuine commitment to culture as a driver of political objectives.

The discussions sailed across the clear waters of the many and various reasons to have a cultural policy, before washing up on statutory provision beach. What does a policy commitment look like – cultural entitlement of communities or individuals – embedding of culture across all policy frameworks – productive capacity?  It is no accident that some cities seem to have had more cultural policy led success than nations of regions.   Culture and creative industries share an interdependency between the public, private and third sectors.  Policy shaping has to include an equitable balance of these interests and this is often easier to manage in a city frame.
How do you distil a dynamic and authoritative national group from such a fragmentary sector?  You need representatives of the plethora of SMEs and artists that make up so much of the sector, of national broadcasters, commercial producers,  philanthropists, government, NGOs, commissioners etc.  Once you have them they need to commit to putting the whole picture ahead of their sub-sectorial interests, and to overseeing implementation over time.  To those that would say this type of approach is top down and bureaucratic, we say if it creates a sector that can build on achievements rather than having to continually reinvent them it would be worth it.

Life has its strange moments.  I found myself in a rugby ground doing a post-it-note exercise to consider the  ‘what-is-art’ question.  That old chestnut – when you hear the word culture what do you reach for – Hans Johst’s revolver, Barbara Kruger’s chequebook, your dancing shoes, or a rail ticket to London?
CPP (http://creativepeopleplaces.org.uk)  is the multi-million pound audience development project working in areas of England where there are less people that fit the arts attending profile than usual.  The collective CPP team is tangling with big dichotomies such as audience reach v/s transformational impact, artistic v/s local leadership, local control v/s a project that becomes more than the sum of its area based parts.
Stella Duffy from Fun Palaces gave us an impassioned plea to switch public funding from excellence to engagement.  There is something of a case for this with an arts establishment better insulated from austerity England than more community focused activity. However, even in this room there were advocates for the value of the producer and curator.
The day ended up as an interesting reflection on how you work with communities in the longer term – the time required for real audience development.  My post-it-notes ended up being about the need to have both artists and community professionals involved in the overall project governance.